How to Develop Critical Thinking Skills

Over twenty years ago, a small company called Google was founded with the mission of organising the world’s information and making it universally accessible and useful. Small company, huge mission.

Of course, Google is no longer a small company. But their mission seems likely to remain unfulfilled given the proliferation of information being created by the second. Has there ever been a better time to learn and apply critical thinking skills to the mass of information available to us at any time?

The erosion of faith in our institutions, accompanied by the rise of social media as an information source, leaves us without some of our previously trusted sources of information. Of course, this has had many positive effects, not least of which has been to weaken power structures that were heavily trusted but not always deservedly so. However, another effect is to leave us with fewer trusted sources and this forces us to evaluate information more rigorously. This can be a mentally taxing task. Developing critical thinking skills is a way to ease this cognitive burden.

As an analyst working on a trading desk, you learn critical thinking skills as a way to survive. There are few environments where you are constantly putting your money where your mouth is and one of them is a trading floor. The discipline of fact-checking and the skill of boiling down large amounts of information to essential insights are two key parts of this demanding job. While these skills were invaluable in this environment, I underestimated at the time how much they would serve me beyond the trading floor and into day-to-day life.

Firstly, let’s consider how to think better. Under the umbrella of ‘critical thinking skills’ are lots of individual competencies that together provide a system for thinking critically. Some examples of these competencies are the ability to recognise an argument or line of reasoning, evaluating the veracity of an argument, and selecting the best evidence for an argument.

A Scientist not an Advocate

But even without working on these specific skills, there are shifts in approach that we can make, and exercises we can do to help us to move into a critical thinking mindset. An example of a mindset shift that can facilitate critical thinking is to approach information as a scientist instead of an advocate. An advocate represents one side of an argument, while a scientist tests hypotheses to uncover knowledge.

To test this mindset, try the following exercise: take an issue and try to present strong arguments on both sides of it. Scientists consider issues from many different perspectives trying to uncover new knowledge and likewise, by approaching an argument from two sides, you are forcing yourself to think in new ways and to seek both confirming and disconfirming information. While we like to think of issues in black and white terms to avoid living our lives surrounded by uncomfortable uncertainty, in reality, most issues are characterised by shades of grey.

Having good questions to ask is also helpful to aid critical thinking. Examples of questions that are useful in many circumstances are:

While very broad, these are examples of questions that can focus the mind and promote a questioning mindset rather than a passively accepting one.

Most of the information that we consume is from secondary sources, that is, one step removed from the original person, event or document. Secondary sources have many benefits including providing useful context for understanding information. Imagine trying to understand the crime situation in a country by looking only at police reports? We would likely struggle to interpret these reports and draw a big-picture conclusion about the crime situation in the country.

But primary sources, which are immediate, first-hand documents or accounts of a topic, can be useful where confusion or debate exists or when a secondary source displays clear bias. It can be very helpful to get the story ’from the horse’s mouth’.

If we want to think better, we must also avoid the common pitfalls that impede critical thinking. There are many ways to categorise these thinking mistakes but two common categories are cognitive distortions and cognitive biases.

Cognitive distortions are thinking mistakes that could also be described as faulty modes of thinking or unhelpful thinking styles. An example of a cognitive distortion is all-or-nothing thinking where we evaluate outcomes at the extreme ends of what is likely.

Cognitive biases have become well known thanks in part to the work of two psychologists, Amos Tversky and Daniel Kahneman. A cognitive bias is a systematic thinking error, repeatable and predictable ‘bad thinking traps’ that we are all likely to fall into. Examples of these cognitive biases are confirmation bias, which is the tendency to only seek out information that confirms our prior beliefs, and the framing effect, where we draw different conclusions from the same information depending on how it is presented to us.

Unfortunately, the research so far would suggest that simply being aware of the existence of these cognitive traps is not sufficient for us to avoid them. However, we are better at spotting these errors when others are making them. So there can be a real benefit to collective decision-making, like that done at board level, so long as members are willing to point out biases as they spot them.

Like acquiring any new skill, building critical thinking skills takes an investment of time and effort. But unlike many other skills, critical thinking can be applied broadly and used to leverage our other skills and expertise to make better decisions in our work lives and, indeed, in our personal lives too. 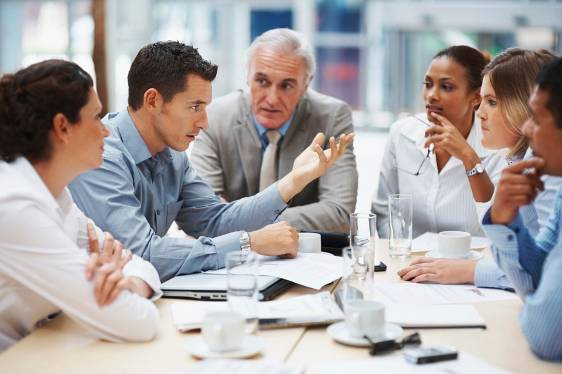 Leadership for the Future of Work