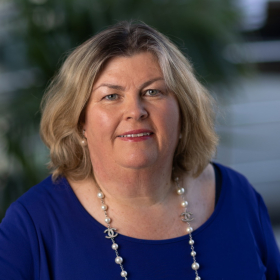 Imelda Reynolds was elected to the position of President of the Institute of Directors in Ireland (IoD) in May 2021, for a two-year term.
Read more
View Less

Imelda is a Chartered Director, and a practising solicitor with over thirty years’ experience. Imelda is Chairperson of Beauchamps, a top Irish commercial law firm where she previously served as Managing Partner.

Imelda is Chair of the Aquaculture Licences Appeals Board, a Trustee of the Iveagh Trust and a Board member of St Vincent's Hospital Group. She is also an elected Council Member of the Law Society of Ireland and Chair of the Society’s Regulation of Practice Committee, and a member of Chartered Accountants Ireland's Professional Service Board. 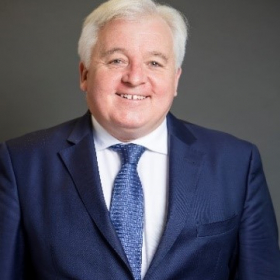 John Reynolds is a member of the IoD Ireland Council and a Chartered Director. John is Chairman of Cairn Homes plc
Read more View Less

He is also a Non-Executive Director of Computershare Investor Services (Ireland) Ltd, Business in the Community Ireland, and the National Concert Hall.

He was previously Chief Executive of KBC Bank Ireland plc, and was also President of the Banking and Payments Federation Ireland and a member of the board of the European Banking Federation. He is an economics graduate of Trinity College, Dublin and holds a Master’s degree in Banking and Finance from UCD. 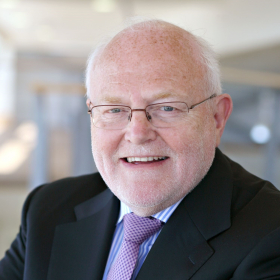 Dan Flinter is a member of the IoD Ireland Council, and Chairman of The Irish Times, PM Holdings and of Venture Capital Investment Managers (VCIM).
Read more View Less

Dan holds an MA in Economics from UCD and is an Eisenhower Fellow. 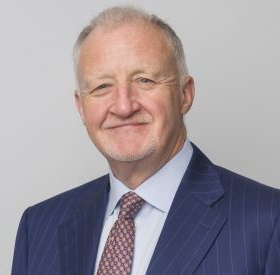 Gary Kennedy is a member of the IoD Ireland Council and Chairman of Greencore plc.
Read more View Less

Gary has extensive board experience and previously Chaired Green REIT plc and Connect Group plc. and served on the Boards of Elan plc, Allied Irish Bank and the IDA. He was a Government appointed Director of IBRC.

Gary is a Chartered Accountant having trained and become an Audit Manager with Deloitte & Touche. 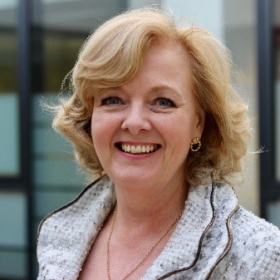 Helen Nolan is a member of the IoD Ireland Council. Helen is a Non-Executive Director of Dole plc and of Aviva Life and Pensions Ireland, where she Chairs the Audit Committee.
Read more View Less

Helen is also a Non-Executive Director of Our Lady's Hospice & Care Services and is Chairman of the Audit and Finance Committee. She chaired the Audit Committee of the Department of Agriculture for six years.

Helen has held senior executive positions in banking and life assurance businesses and has extensive audit and accounting experience.  She was Secretary to the Board of Bank of Ireland Group between 2009 and 2019 and Group Chief Internal Auditor from 2003 to 2009.

She is a Chartered Accountant, having trained with KPMG. 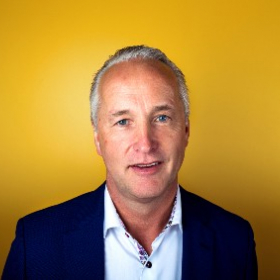 Brian O’Sullivan is a member of the IoD Ireland Council. Brian is also an experienced Board member, a Chartered Director, and holds a Master of Business Administration from Henley Business School.

Brian has a track record of delivering sustained financial success through leading significant change and building iconic brands. He was previously the Managing Director-Retail at Keelings.

As Managing Director of Cadbury Ireland, he led one of Ireland's largest high-profile food companies before moving to Switzerland to take up a Senior International Director role at Cadbury’s parent company Mondelēz International with responsibility for sales strategy and global customer relationships. On his return to Ireland, he became CEO of Fulfil Nutrition, leading the scaling of this Irish start-up company to treble its consumer sales. 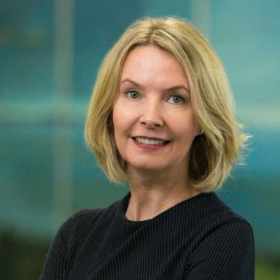 Gervaise has a background in international marketing, advertising, media and digital communications.

She holds Non-Executive Director positions with Wells Fargo Bank International (the Wells Fargo legal entity for the EU27 countries) where she is a member of both Risk and Nominations committees, Ulster Bank (chairing their Sustainable Banking Committee and member of RemCo) and Eason PLC (retailer of books, stationery and newspapers/magazines in both traditional and online channels) and member of their RemCo. She is also Board Trustee and Audit and Risk Committee Chair for the International Rice Research Institute.

Gervaise was CEO of Communicorp Group Ltd & subsidiaries for four years to the end of 2016. Prior to that Gervaise held senior roles in Ogilvy Worldwide (Oct 1996 - Jan 2013), most recently Global Client Director. Gervaise has also served on the boards of the Institute for International and European Affairs, the Independent Broadcasters of Ireland (2015-2016) and IAPI (2009-2012).