In partnership with Mazars 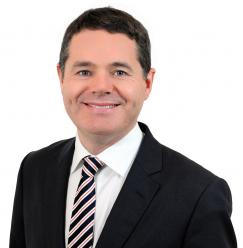 We are delighted to formally launch a new jointly produced loD Ireland and Mazars Ireland publication on Governance for Directors on State Boards.

This publication will be officially launched on Wednesday, 22nd November at the Westbury Hotel by Paschal Donohoe, Minister for Finance, Public Expenditure and Reform.

Drawing on the principles of the Code of Practice for the Governance of State Bodies, published in August 2016, the publication is designed to offer an accessible overview for the boards of State bodies and to offer practical guidance to directors serving on State boards on their role and responsibilities.

Continental breakfast will be served from 7.30am with the event beginning at 8.00am sharp.

This event will be of interest to those currently serving on State boards and to those interested in available State board positions. Places will be allocated on a first come basis.

Paschal Donohoe is the Fine Gael TD for Dublin Central and in June 2017 was appointed as the Minister for Finance and Public Expenditure and Reform.

During his time as member of Dublin City Council, Paschal served as Chair of the Environment & Engineering Strategic Policy Committee, as a member of the Corporate Policy Group and also as Chairman of the Central Area Committee.

He is a graduate of University of Dublin, Trinity College, with a degree in Politics and Economics and has attended St. Declan’s CBS, Cabra.

Mazars is one of the leading professional services firms in Ireland. Services include audit, assurance, tax, consulting, financial advisory, corporate finance and financial outsourcing. With over 300 staff based in Dublin and Galway, Mazars Ireland is part of an integrated partnership with over 17,000 professionals in 77 countries.