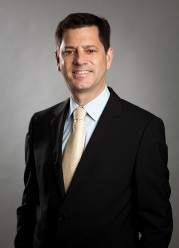 The pre-lunch reception will take place at 12.30pm followed by lunch at 1.00pm sharp. Cancellations will be accepted if received in writing by Friday, 24th August 2018. There will be strictly no refunds after this date.

For all queries contact Sharon Kirwan on 01 411 0010 or email skirwan@iodireland.ie.

He was Chief Operations Officer from November 2002 to September 2015 and he has held a number of other management positions having worked in various parts of the organisation both in the United States and Europe since he joined the company in 1986. He was elected to the Board of Directors in 1989.

Today, Smurfit Kappa operates in 34 countries globally and employs 45,000 people. The company is currently listed on the Dublin and London Stock Exchanges and has a market capitalisation of almost €6 billion.

He was born in Wigan, England in 1963 and following his early schooling in Ireland, he attended the University of Scranton in Pennsylvania where he graduated in 1995 with a Bachelor of Management Science.

He is a former Director of Aer Rianta (the Irish Airport Authority which is owned by the Irish Government), the Irish National Stud (an Irish Government owned operation), C&C, plc and currently sits on the Board of Ibec and ERT (European Round Table of Industrialists).

He is married to Sharon and they have 4 children.

With offices in London, New York and San Francisco, William Fry offers client companies and directors a global perspective with unrivalled local knowledge on a wide range of issues such as corporate governance, compliance, director duties, mergers and acquisitions, shareholder disputes and reputation management as well as employment issues, data privacy and other matters.

To find out more - please visit us at www.williamfry.com.