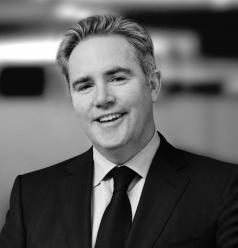 The pre-lunch reception will take place at 12.30pm followed by lunch at 1.00pm sharp. Cancellations will be accepted if received in writing by Friday, 25th August 2017. There will be strictly no refunds after this date.

This event is now fully booked, please contact Sharon Kirwan on 01 411 0010 for cancellations.

For all queries contact Sharon Kirwan on 01 411 0010 or email skirwan@iodireland.ie.

Dómhnal Slattery is one of the world’s leading aircraft leasing pioneers and the founding CEO of Avolon. Founded in 2010, in what was one of the largest ever private equity funded start-ups, with $1.1 billion of initial equity, Avolon has rapidly grown to become the world’s third largest aircraft lessor with an owned and committed fleet valued at $43 billion.

Avolon’s launch shareholders included three of the leading private equity firms globally and GIC, the sovereign wealth fund of Singapore. Following four years in private equity ownership, Avolon listed on the New York Stock Exchange in December 2014 in what was, at that time, the largest ever listing on the NYSE by an Irish founded company.

Within eight months of listing, Avolon was the subject of a $7.6 billion bid by Bohai Capital which delivered a 55% return to shareholders who invested in Avolon’s IPO. This transaction, which completed in January 2016, also placed Ireland among the top five recipients of Chinese foreign direct investment in Europe in 2016.

In October 2016, Avolon agreed to acquire the aircraft leasing business of CIT for $10 billion. Following the completion of this transaction in April 2017, Avolon confirmed its position as the fastest growing and now the third largest aircraft lessor globally with an owned, managed and committed fleet of 850 aircraft serving 150 airlines in 63 countries.

Dómhnal started his aviation career in GPA in 1989. His entrepreneurial journey began when he founded International Aviation Management Group (IAMG) in 1994 which he rapidly established as one of the top aviation finance advisory houses for the world’s airlines. This success was identified by the Royal Bank of Scotland Group who acquired IAMG as the launch platform for RBS Aviation Capital, led by Dómhnal as CEO. Today, that business is owned by SMBC and is a top five lessor.

Consistent with a commitment to sustaining Ireland’s position as the global centre of excellence for aircraft finance, Dómhnal was central to the development and launch of the world’s first MSc in Aviation Finance at University College Dublin – which will help foster and develop the next generation of industry professionals.

Building on his career in aviation, Dómhnal has also worked to preserve and highlight Ireland’s unique aviation heritage. In 2013, Avolon commissioned a documentary film, Pioneers and Aviators, A Century of Irish Aviation, which tells the story of the individuals whose vision, passion, successes and failures helped forge Ireland’s unique aviation landscape. Following on from the documentary, a unique, 270-page documentary book (or ‘Photographic Essay’) was published in 2015.

Dómhnal is also committed to supporting initiatives outside of aviation finance and, in particular, to supporting the Arts. He has collaborated with Ireland’s Royal Hibernian Academy (RHA) to enable international artists to come to Dublin and develop their practice within one of Ireland’s foremost contemporary art organisations.

Dómhnal has a Bachelor of Commerce from NUI Galway (formerly University College Galway) and is a Board member of the University Foundation. In 2015, Dómhnal was honoured by NUI Galway for his achievements in global business leadership. In December 2016, Dómhnal received the Award for “Outstanding Contribution to the Aviation Industry” at the Aviation Industry Awards; and, was also awarded the 2016 “Business Person of the Year” by Business and Finance Magazine.